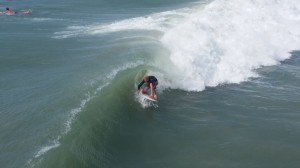 All my research was complete and the call was made for the morning: Emerald Isle was the spot, fingers crossed. Hurricane Cristobal was sitting off the coast, pumping in swell. I used a combination of MagicSeaWeed and SwellInfo to help me pinpoint a surf location—be sure to check out my post Surfing the open data wave that highlights how open data is used by surf forecasting tools. As a surfer stuck inland, if I’m getting in the car to drive two plus hours, I want to maximize my time. END_OF_DOCUMENT_TOKEN_TO_BE_REPLACED

The 9-1-1 system is overwhelmed with real emergencies during weather events like Hurricane Sandy, so if you want to report a downed tree, power outage, or clogged storm drain, you need another way to do so—SeeClickFix provides that forum.

Of all the media surrounding Hurricane Sandy, aka Frankenstorm, one email caught my attention. The subject was: “Use SeeClickFix to Help Your Community During Hurricane Sandy.” What a great idea. The whole point of SeeClickFix is to report non-emergency issues to local authorities in a transparent forum so that other citizens can view the reported issues. END_OF_DOCUMENT_TOKEN_TO_BE_REPLACED

A week of surf on the Outer Banks will do wonders for your soul. I headed out to Kill Devil Hills, NC on Tuesday, September 4, leaving Raleigh, NC after dinner and arriving at the beach just before midnight. The swell forecast from Hurricane Leslie was looking very promising. And the wind (direction) looked like it was going to cooperate over the next few days.

END_OF_DOCUMENT_TOKEN_TO_BE_REPLACED 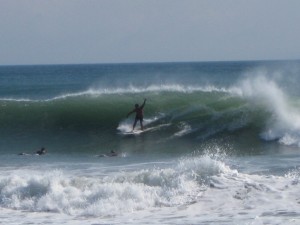 MB, Zander, and I headed to the Outer Banks on Sunday (9/4), after the NC State season opener against Liberty. The football game was a blast and the Wolfpack won. We arrived at the beach around 2pm. All of our friends were hanging out on the beach and there were a few waves out there. I surfed for about an hour. END_OF_DOCUMENT_TOKEN_TO_BE_REPLACED 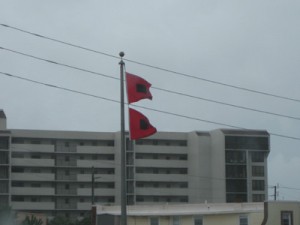 The Jetta was packed last night with two surfboards, my surf gear, and other essentials. I was ready for an early morning trip to Wilmington to surf. The alarm went off  around 5am and after I woke up, headed East.

Hurricane Irene is looming off the East coast and the surf window wasn’t very big. I didn’t think the surf would last much past noon today–and I was right. I arrived at Wrightsville Beach just after 7:30am. I took some pictures and got in the water. END_OF_DOCUMENT_TOKEN_TO_BE_REPLACED

I got back to Raleigh around 10:00 pm last night, unpacked the car, then repacked with all my surf gear. I considered driving on through the night, but was tired from the spending the day at Boone DrupalCamp. I caught up with MB and she showed me all the tailgating gear she got for the upcoming NC State football season (which kicks off next weekend).

I set my alarm for 5:30 am, but woke up at 5. I was actually END_OF_DOCUMENT_TOKEN_TO_BE_REPLACED