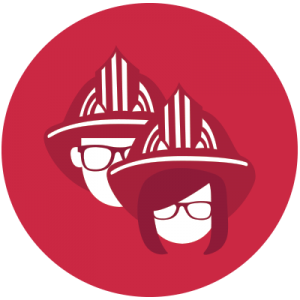 On Thursday, October 3, a small group of civic geeks gathered at the Raleigh Public Record space at the AJ Fletcher Foundation to host a conversation with the City of Raleigh CIO, Gail Roper during our monthly Code for Raleigh meet-up. She has just over 20 years of experience as a CIO, with past roles at Austin TX, Kansas City, MO, and now Raleigh, NC. Roper’s passion is around digital connectivity, inclusion, and how those factors impact lives. She also believes that access to information can change a persons view on things. Roper’s goal for the City of Raleigh is to not just be the most wired city, but to be the most connected city.

One of the programs Roper is most proud of is the Raleigh Digital Connecters. It’s a year long program focused on youths 14-21. This group of 16 aspiring learners get training on computer competency and literacy with other interactions. The program aims to highlight the value of technology and being global citizens. Roper said, “Technology is the lure, but you end up getting some insight into their lives.”

The Digital Connector program falls under a broader program called Raleigh Connected, focused on inclusion for all and filling needs for minority entrepreneurship.

Raleigh Connected is dedicated to the belief we should enrich the community in which we live, work and serve by developing community programs that promote digital inclusion. We are committed to the idea that individuals should have access to technology to learn critical skills and enhance their lives. We believe we must invite everyone into the digital age to build a strong local economy.

The technology infrastructure of Raleigh Connected helps make city government more efficient, however, our goal is much greater. We seek to promote economic growth across the city through workforce training and widespread Internet access.

Roper has an $18M budget. While part of her job involves just “keeping the lights on,” which means maintaining backend systems with competing priorities, she’s also focused on being innovative within her role. “You need to balance the back-end stuff, but you want to be innovative,” said Roper.

Another big initiative that’s been in the works for over two years in an infrastructure partnership called North Carolina Next Generation Network. Raleigh is partnering with neighboring organizations such as NC State, Duke, UNC, Wake Forest, Carrbaro, Cary, Chapel Hill, Durham, and Winson-Salem,  to create a high-speed fiber optic network that would essentially bring fiber to the home. The partners put out an RFP in February 2013 and got eight, quality responses. They are currently in the second round of reviewing proposals. The biggest take-away for this project is that it is a collaborative work.

The North Carolina Next Generation Network is a great example of a concept I talk about in my book dubbed the new RFP: Request for Partnership.

If you’re familiar with any type of government procurement process, it usually involves an RFP—a request for proposal. With declining revenues and limited resources, the approach to partnerships and getting work done may change in the future. I think the traditional RFP process may start to change and adapt to become a request for partnership.

I envision a future where city, town, and county governments will start to pool their money and resources for IT projects. Why build a new data portal, ERP platform, or any other project that is specific for just one government entity? We’re wasting taxpayer dollars by duplicating these efforts because of political boundaries. And many times, these projects have similar requirements. It’s all about control, but as citizens, we need to start recognizing this waste and encourage our government to start looking for partnerships in IT rather than duplicating the same systems over and over.

From Chapter 7: The Foundation of an Open Source City.

The Code for Raleigh Brigade is looking to partner with Roper and initiatives from Raleigh. We are eager to work on project with the City and help Roper bring in more woman and minorities to our brigade. Can you help us with this effort too?

Join a future meet-up at one of the Triangle Code for America Brigades.