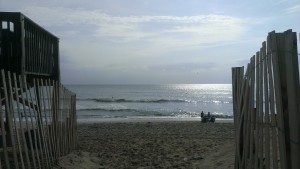 We arrived on the Outer Banks on Friday, June 28, after a three hour drive from Raleigh. We unpacked the Jeep, settled in, and watched a nasty round of evening storms pass through.

On Saturday morning, we were eager to hit the beach, but the weather was not cooperating. When I woke up at 6:30am, it was raining, so I rolled over and went back to sleep. As the rest of the family got their day started, Zander and I went up to NY Bagel to grab some breakfast for everyone. After that, we started making plans for the day, trying to anticipate what the weather would do and plan around it.

The morning was cloudy and overcast. We were hesitant to head to the beach. Instead, I went food shopping while Merri Beth stayed at the beach house with the kids. Man I did get some shopping done. A full grocery cart and some major damage to the wallet. I got back to the house and we were still weary about the weather. We decided to have some lunch, then venture out. 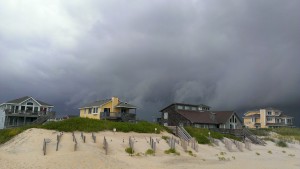 Dark clouds over the dune

The sun had finally broken through the cloud cover and we started on our way to the pool, scraping plans for the beach. By the time we got to the Beach Road, it had started to rain. And it looked like the sky was about to open up. We knew these were isolated storms, and they were coming in from the Southwest and moving in a Northeast direction. We drove down to Nags Head, just past the storms edge, and we watched the darkness go by from the beach. It was a little windy, but it was nice to be outside—so even though we scrapped plans for the beach, we made it there anyway! Zander and I tossed the football for a while and we climbed the lifeguard stand to get some pictures of the dark clouds moving by from higher up.

After the storm went by, we finally made it to the pool for about an hour. We got Coco in the water too! I think she eventually realized it was a gigantic bath and was splashing around by the end. Zander was being his usual fish-like self in the swimming pool. 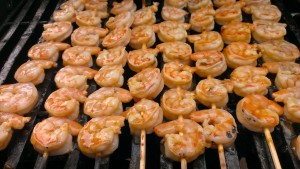 For dinner, we marinated some shrimp and cooked them on the grill. We also had some corn on the cob and pork chops. MB and I sautéed some squash and zucchini as well. We enjoyed a glass of wine with dinner before hopping on the bikes to catch the sunset.

Our sunset ride started out as just a bike ride. But as we got close to the Sound, we realized it was setting up to be a stellar light show. We pulled over to get a few pictures, watch the sun dip below the horizon, then kept on riding. On the way back to the house, we saw the best colors of the evening. It was a great way to end our first day. 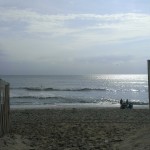 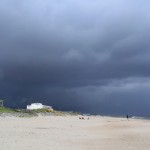 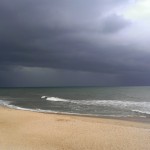 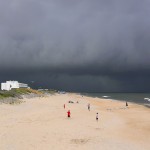 Wow, look at this contrast 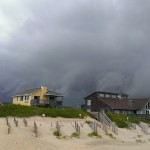 Dark clouds over the dune 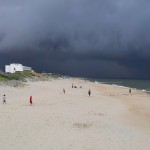 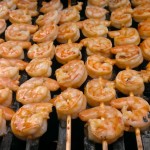 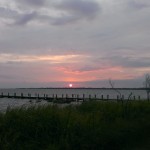 Sunset over the Sound 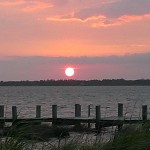 Despite the spotty weather, a beautiful sunet 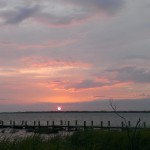 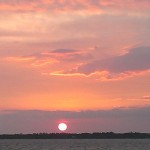 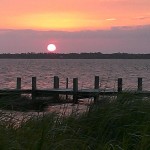 A great way to end the day 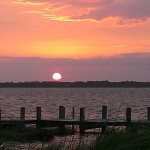 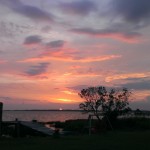 Look at these colors 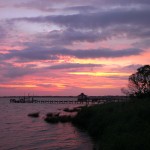