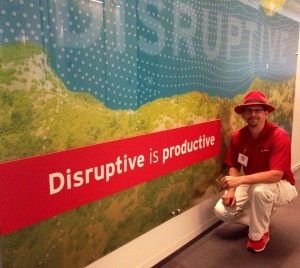 “Raleigh is a great place to call home” said Jim Whitehurst, CEO of Red Hat. Whitehurst led off as dignitaries from all levels of North Carolina government spoke at the ribbon cutting ceremony held at Red Hat Tower on Monday, June 24, 2013.

Governor Pat McCory thanked Red Hat for their commitment to the urban core. Chairman of the Wake County Commissioners, Joe Bryan, highlighted the need for a grocery story in downtown Raleigh. After talking with a few Red Hat associates who live near downtown, Bryan took the opportunity to talk about improving the quality of life for downtown to attract more companies like Red Hat.

My Facebook, Twitter, and SMS streams got a workout after the WNCN (NBC 17) coverage of Red Hat’s ribbon cutting ceremony came out yesterday. According to some folks, I was the “star.” I like to think I’m just doing my duty as an ambassador for Red Hat and Raleigh. Check out the story “Red Hat debuts new downtown Raleigh headquarters” with quotes and video below.

I also scored a photo (back shot) in the News & Observer with General Hugh Shelton in the background. I did get a chance to shake General Shelton’s hand and say hello. Of course, with an over-emphasized, SIR at the end. Here’s the full story from the N&O included good stuff from my buddy Mike Esser: “Red Hat workers bring energy to new downtown Raleigh headquarters.”

Pictures from the event

After the ribbon cutting, I hosted folks like Raleigh City Councilors Mary Ann Baldwin, Russ Stephenson, Randy Stagner, and John Odom. Also Harvey Schmitt with the Greater Raleigh Chamber of Commerce was in our group along with a few others. In our community space on the 9th floor, Mary Ann and Harvey had some fun playing air hockey. See more from inside Red Hat Tower. 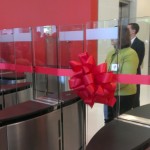 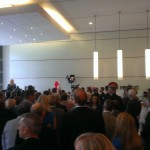 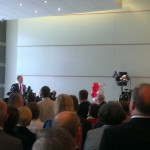 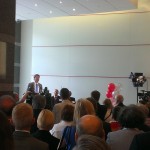 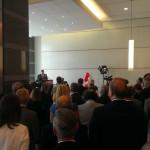 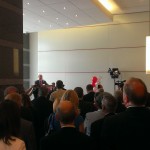 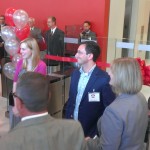 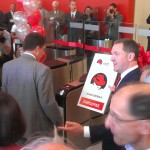 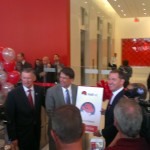 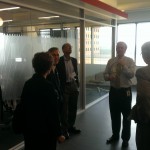 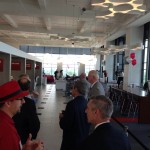 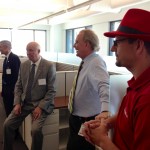 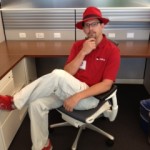 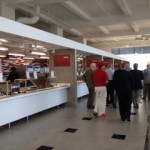 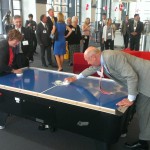 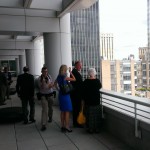 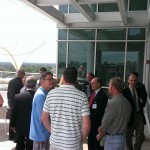 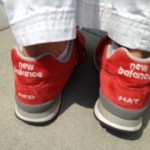 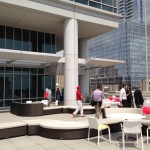 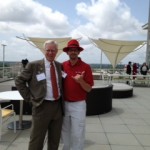 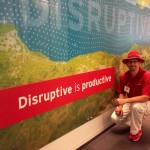 1 thought on “In the News, Sporting my Red Hat”