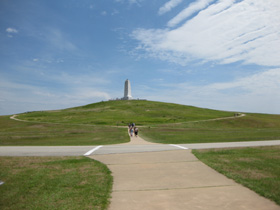 So you want to head to the Outer Banks of North Carolina for a weekend getaway or a week away from it all? There are a variety of things to see and do, lots of great food to eat, and the beaches are some of the best in the US.

Whether it’s your first time or your twentieth, this post can help get you started to an awesome vacation. You’ll want to go back again and again. Let’s get started.

I usually stay in Kill Devil Hills, so this post will focus on KDH as the basecamp, but I’ll highlight some of the best things to see and do while you’re on the OBX.

Things to do on the Outer Banks

Places to eat on the Outer Banks 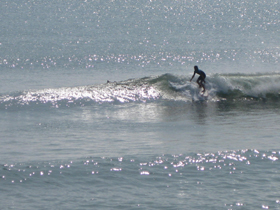 Tips while on the OBX

Have fun and add some comments if you have questions. Enjoy the Outer Banks!

Jason Hibbets is a senior community architect at Red Hat which means he is a mash-up of a community manager and project manager for Opensource.com--a publication and story-telling platform for open source communities. At night, he wears a cape, and is a captain for the Open Raleigh brigade, as well as a co-chair for NC Open Pass. Jason is the author of a book called The foundation for an open source city--a resource for cities and citizens interested in improving their government through civic hacking. While writing the book, he discovered his unknown super power of building communities of passionate people. Jason graduated from North Carolina State University and resides in Raleigh, NC with his wife, two kids, two border collies, chickens, lots of tomato plants, and a lazy raccoon somewhere in an oak tree. In his copious spare time, he enjoys surfing, running, gardening, traveling, watching football, sampling craft beer, and participating in local government--not necessarily in that order, but close to it. You can follow him on Twitter: @jhibbets
View all posts by Shibby →
This entry was posted in hibbets.net, OBX and tagged beach, Bodie Island, Cape Hatteras, Corolla, Jockey's Ridge, Nags Head Woods, OBX, Pea Island, Wright Brothers. Bookmark the permalink.