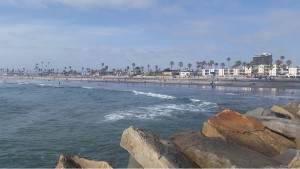 The family was very much enjoying Spring Break in Southern California. The San Diego portion of our trip was wrapped up and we were enjoying our new digs in Oceanside. It was Easter Sunday and we didn’t have much on the agenda. Since we’ve been on the go since we arrived, we decided to take it easy today and hang around our home away from home. Running, surfing, and enjoying life by the pool were on tap. Time to get hopping!

Merri Beth wanted to do something a little special for Easter, so she went to SK’s donuts for a dozen of their amazing pastries. The kids really enjoyed them. After breakfast, I headed out for an 8-mile run on the San Luis Rey River Trail. I was still training for the Flying Pirate half marathon and needed to get a long run in. This was a great out and back with a few rolling hills. Great scenario and the weather was perfect for running. The air was a little dry, but other than that, I put together a nice run.

After I got back, Zander and I headed into the town in search of surf board rentals. The place we walked to only rented soft tops, so it was time for plan b. We went back to our place and got the car and headed over to Real Surf Shop. After we perused the surfboard options, I rented a 6’4″ Al Merrick and Zander got a shortboard and a wetsuit.

Once we settled up with the surf shop, we headed back to our place, suited up, and hit the water. On the way to the beach, we stopped by to see Merri Beth and Coco at the pool. They were enjoying the warm day pool side, away from the slightly chilly breeze coming off of the ocean.

The surf was waist to chest high, maybe a little too big to get Zander in the actual line-up, but I give him some props for trying. He was on a new board, isn’t a strong paddler, and can’t duck dive yet. He’ll need to be able to duck dive and paddle stronger in order to make it out into the line-up without getting beat up and tossed around.

After about 30 minutes in the water, I instructed Zander to just play around in the breakers and try to catch some waves there. That seemed to be a better solution for him and he had a much better time in the water after that. 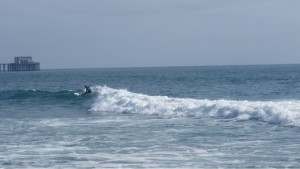 The surf got pretty good for a little while. I eventually made my way out to the main peak next to the jetty and scored some really nice waves. Zander was having a blast in the breakers too, but I distinctly remember him telling me how cold the water was. Welcome to the west coast buddy!

After our surf session, Zander joined MB and Coco at the pool. I headed back to the beach to check out the jetty and watch the remaining surfers. Then I joined the family back at the pool for a little while. Since they had wifi at the pool, I jumped on the laptop and did some research.

Finally, an evening in! We like going out and trying new things, but it was nice to relax at the condo. I went to a local seafood market and brought back some Mahi Mahi and Red Snapper. We made a delicious dinner, enjoyed some California vino, and relaxed for the rest of the evening.

The scene from Oceanside 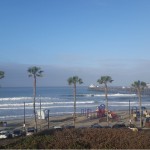 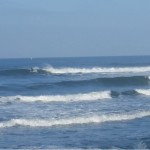 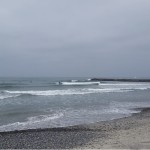 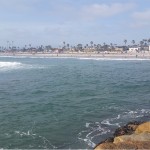 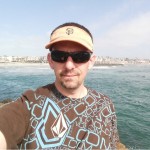 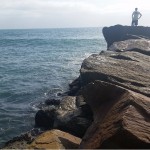 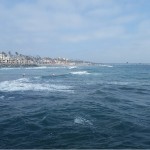 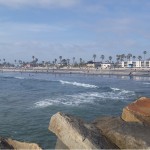 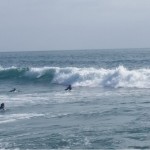 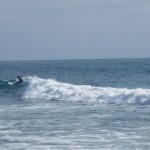 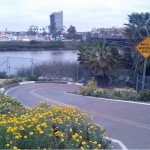 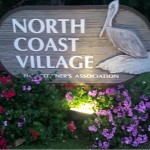 Jason Hibbets is a senior community architect at Red Hat which means he is a mash-up of a community manager and project manager. At night, he wears his cape and is a captain for the Open Raleigh brigade, as well as a co-chair for NC Open Pass. Jason is the author of a book titled The foundation for an open source city--a resource for cities and citizens interested in improving their government through civic hacking. While writing the book, he discovered his unknown superpower of building communities of passionate people. Jason graduated from North Carolina State University and resides in Raleigh, NC with his wife, two kids, two border collies, chickens, lots of tomato plants, and a lazy raccoon somewhere in an oak tree. In his copious spare time, he enjoys surfing, running, gardening, traveling, watching football, sampling craft beer, and participating in local government--not necessarily in that order, but close to it. You can follow him on Twitter: @jhibbets
View all posts by Shibby →
This entry was posted in Surf, Travel and tagged California, oceanside, spring break 2016, surf, vacation. Bookmark the permalink.