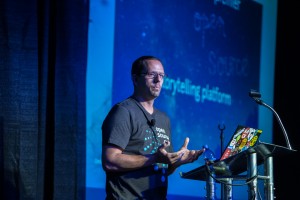 On Thursday, May 14, I’ll be attending the Triangle Linux Group to take part in a panel discussion on how to give a tech talk. Brian Gerard, Daniel Farrell, Sandi Metz,
and Chris Collins wiling be joining me on the panel. More details about the event are below, borrowed from the TriLUG mailing list (credit: Bill Farrow).

Giving a tech talk can seem daunting. Come get some tips and tricks from folks who have done it before.

Brian Gerard has been working with various *nixes, and Linux specifically, since the mid-’90s, as a Systems Administrator, a Software Engineer, and an end user. After eight years developing abuse defenses for Yahoo! and training their engineers, he now uses his expertise doing deployment automation and security work for WebAssign.

Daniel Farrell is a Software Engineer on Red Hat’s SDN Team, where he contributes to upstream OpenDaylight and OPNFV. He has been involved in SDN’s development since it emerged from Stanford, including early OpenFlow and OpenStack work. He’s now an active committer on OpenDaylight’s Integration Team.

Jason Hibbets is a senior community evangelist in Corporate Marketing at Red Hat where he is a community manager for Opensource.com. He has been with Red Hat since 2003 and is the author of The foundation for an open source city. Prior roles include senior marketing specialist, project manager, Red Hat Knowledgebase maintainer, and support engineer.

Sandi Metz, author of “Practical Object-Oriented Design in Ruby”, believes in simple code and straightforward explanations. She prefers working software, practical solutions and lengthy bicycle trips (not necessarily in that order) and consults and teaches and speaks on all things OOP.