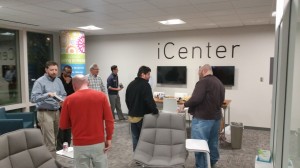 The ideas were flowing on Tuesday night, December 2, 2014 at the monthly Code for Raleigh Brigade meet-up. We had a great group of folks from City of Raleigh staff, Wake County staff, developers, citizen hackers, and a few new people ready to improve our government through technology. Our meet-up was held at the NC Innovation Center and by the end of the night, we had 11 projects ideas whittled down to a select few to begin working on for 2015.

New tools, infrastructure, and direction for Code for Raleigh

After a few house keeping items, we talked about how the Code for Raleigh Brigade is moving forward to be more project-focused for 2015. In order for a project to be get started, it needs to have a project owner / leader. That person doesn’t need to be a coder, but more of a project manager or project coordinator. For future meet-ups, a brief scrum-like summary will be given during the demo night to say what the project is, what’s being worked on tonight, and what the needs are for the project. After that, attendees will break out into teams to work on projects for the rest of the night.

Taking a quick step back to the tools. Our brigade has decided to use the Discourse forum for project discussion and other topics to help reduce our email. You’ll notice that the forum is under the “Code for NC” umbrella. This allows us to connect with other brigades across the state, Asheville, Cary, Charlotte, Durham, and other future civic hackers. Wilmington anyone? We need some love from the Eastern part of the state. Note: The category/tagging system lets you opt into topics that are you interested in.

Over at codeforraleigh.com, we’re using Laddr for high level project updates and to translate project needs to non-coders. We’re also using it as a check-in system for our brigade meet-ups as well as a storytelling platform to share our progress.

On the more technical side, we are using GitHub and Waffl.io for project management:

We had a brief demo of Waffle.io and an overview of how we plan to use the agile methodology to make incremental progress on our projects and give a proper scrum update for future meet-ups.

11 Project Ideas to Improve our Government 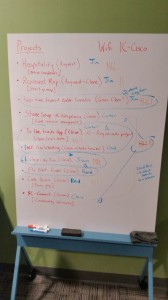 We decided that there are three different kinds of projects we could work on:

A total of 11 projects where pitched during our December 2, 2014 meet-up at the NC Innovation Center. Here are the ideas and a high level overview of what the project would do. Note, many of these projects are in the incubation stage and we encourage you to find the project on codeforraleigh.com or the Discourse forum to get involved. (Some may not be there yet, so check back often. This is a new process for us.)

The attendees then voted on the projects they were interested in and which ones we thought we could accomplish. We also determined which projects could be quick wins, which ones were medium-term projects, and ones that were longer-term. We also combined similar project ideas. During the discussion an observation was made that many of these projects have similar components that could be built out as common resource, modules if you will, for all projects.

Top five projects (to start on)

Those are the leading project ideas. If you’d like to get involved, join us at our next meet-up on January 6, 2015. 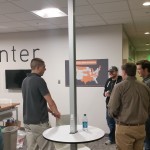 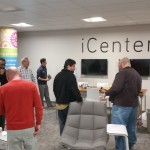 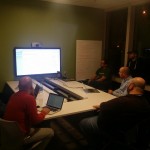