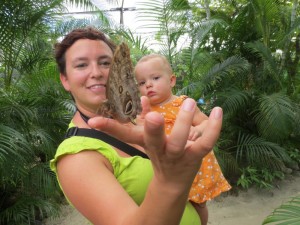 It was another beautiful day on St. Martin. And it was a special day too, because it was Merri Beth’s birthday. The entire household was up early to celebrate (we wish)—it must be the island night life. I went out for another run, barefoot, after first breakfast. I came back to have second breakfast as the family was getting ready for the day.

Our first stop was the The Butterfly Farm located on the east side of the island near Orient Bay. We arrived shortly after they opened, perused the area for about 20 minutes, then went on a guided tour to learn all the things we wished we’d known about butterflies.
This was an amazing stop, MB was thrilled, and the entire family learned a lot. In fact, we learned how to get butterflies on our fingers. After several attempts, Zander finally attracted a butterfly on his finger, with the help of some sweet, delicious nectar.

After our visit to The Butterfly Farm, we scoped out Le Galion Beach just down the road. We took note of this family-friendly beach, noticed the surf school, then headed south through the French Quarter and onto the Dutch side. Our destination was Philipsburg, the largest town on the island.

We fought some traffic, then settled in near one of the marina’s. We were hungry from all the butterfly watching and had lunch at Chesterfields. Great view of the harbor, decent food, yummy drinks, but the wifi didn’t work (bummer). The service tip was included here, which meant more mediocre service. Eat on the French side, party on the Dutch side is what we’ve been hearing.

Then it was on to Front Street, where it was tourist central. Happy hours, walking beverages, and shops were everywhere. This is where the cruise ships dock and visitors have just a few hours to indulge in day excursions. There were two large cruise ships in the port that were helping to stock the tourists today. We blended right in, but didn’t have the “cruise ship look”—whatever that means.

Our mission was to visit the Guavaberry Emporium. Mission accomplished! We found the St. Maarten hidden treasure and will be bringing some home (customs and border patrol pending). We took some walking Guavaberry beverages with us to fit in with the cruise ship tourists.

Our day didn’t stop there. Nope! The next stop was Ft. Amsterdam where we enjoyed views of Great Bay, Little Bay, fort ruins, and old rusted canons. It was a mini hike up the hill through the swanky resort area—Divi Little Bay Beach Resort—very glad they let us in. It was a scenic pitstop, one that MB probably would have opted out of given a birthday veto, but it’s a family vacation and she agreed to the historic torture (I love this stuff by the way). 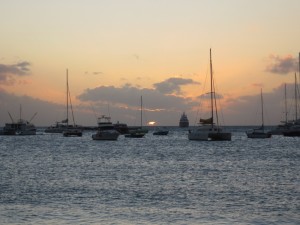 We rounded out the day near Simpson Bay and went to Pelican Beach to satisfy Zander’s beach craving and to watch the sunset. We arrived just as happy hour was starting, almost perfect timing by the navigator (me). Zander played in the water while MB, Coco, and I relaxed on the beach with a few Carib’s. (Just to be clear, Coco was sipping on water.) We watched the sun dip between the boats in the harbor and made a spontaneous decision to grab dinner at a nearby place called Jimbo’s.

Side note, Merri Beth’s dad Jim, is nicknamed “Jimbo,” which was part of our attraction to the restaurant.

MB scoped out the menu and gave it green light. Once inside, we realized the menu was overpriced for American-style Mexican food and the service was mediocre at best. The service charge is included, which I think makes the service poorer in quality. I ordered the Ceviche, which was smothered in lettuce and the best part (the juice) was buried at the bottom of a Martini glass. MB got the crab cakes, which we think had crab meat in them, but were really compacted and overcooked. Zander enjoyed his pork ribs and at least the happy hour special was two for one. Eat on the French side, party on the Dutch side. Confirmed. We get it. Lesson learned.

Jimbo’s was probably the only bad call of the day (sorry Jim). Well, it wasn’t bad, but it wasn’t great either. Otherwise, it was a spectacular birthday for MB filled with butterflies, beaches, and beverages! 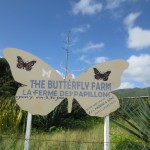 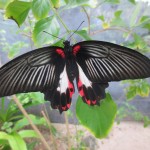 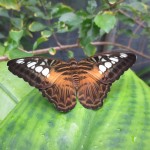 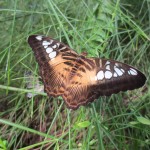 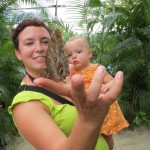 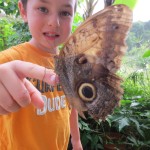 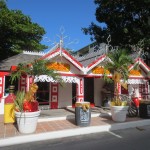 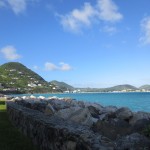 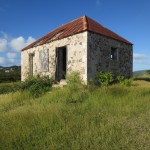 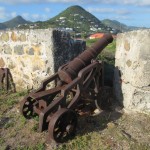 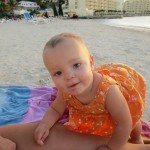 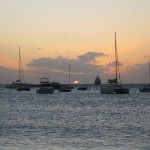