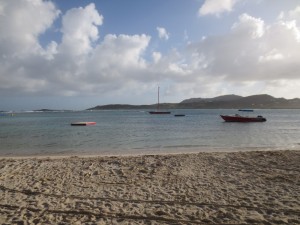 Our vacation is slipping away. After Merri Beth’s birthday it was time to get some sun on the beach. I started off the day with another barefoot run on the beach in Grand Case. Then Zander and I hopped in the water for about 20 minutes. The sun was barely coming up over the mountain ridge and the entire family was up, getting ready for the day. While we were finishing breakfast, a quick rain shower came through and a rainbow brightened our day.

We didn’t have anything planned, so we went with a beach day at Le Galion. It’s a family-friendly beach, rated number one on the island (or so the sign said). So we indulged. And the family friendliness was apparent as we drove up.

We set up camp on the beach under a palm tree near the volleyball courts with spectular scenery. The windy bay turned calm in the area where we were at. Coco fell asleep in the car on the short right over, but woke up the instant we put her down in the baby tent. MB tried to get her back down to sleep while Zander and I went out to the explore the point. We were just south or Orient Bay and looking north, we could see all the rocky-reef shoreline. Just on the point was a cool blow hole spraying water with the right surge of the ocean.

Back to our beach spot, we finally got in the water. There was a floating platform that was about chest deep in the water. Coco and Zander both enjoyed visiting the platform. Zander would jump off, while Coco just liked to sit on the edge. She would also “jump” in, meaning she would lean toward MB and she would catch Coco. Happy slashing also occurred.

We had a picnic lunch from the beach hut at Le Galion named Tropical Wave. MB and I had chicken sandwiches (on French baguettes) with rum punches and Zander enjoyed a tasty hamburger with French fries. We rested a bit after lunch and re-applied sunscreen.

While Zander and I were exploring the area earlier this morning, we checked out the Quiksilver Surf Camp just down the way from our spot. There is a boat that takes you out to the surf zone at 10:00 am and 2:00 pm. I had just missed the morning excursion and was interested in the afternoon one. It was $20 for the boat ride and $5 to rent a board for two hours. Surfing for two hours for only $25 was not a bad deal.

After lunch, I walked over to the Quiksilver camp and hitched a ride out to the surf zone. It was windy and there was a stiff current. The surf was head high, but shifty and choppy—it reminded me of the Northeast wind swells from the Outer Banks, without the extreme current.

It was one of those days where you kind of need to be in the right place at the right time—or as I like to say, the right wave at the right time. So there was a little bit of luck to catching waves. The two hour surf session went by quickly. I returned back to the family to spend a wonderful afternoon on the beach.

After a long day at the beach, we did some light shopping. On the way back to our place, we stopped by the Quiksilver outlet hoping to score some threads, but we didn’t find much to our liking. Then we hit up the grocery store to restock a few items for the rest of our trip, which is quickly coming to an end.

Back at our place, MB fixed a wonderful cheese plate and I opened some bubbly. For dinner, we had the second batch of yellow curry with some red wine. Both the kids crashed and MB and I finished the night watching the twinkling lights in Grand Case and across the water at Anguilla while enjoying the nice breeze from the trade winds. 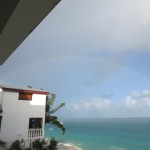 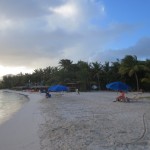 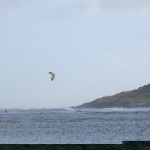 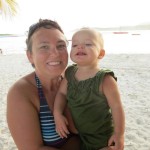 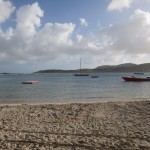 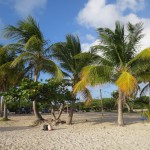 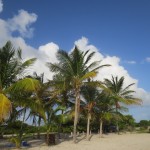 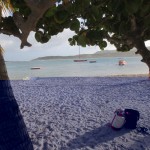