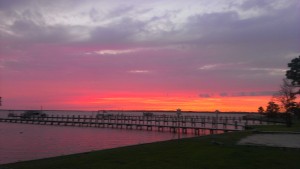 Surf camp day three in one word: Cancelled. My second choice of words: Bummer. I got the call from Aaron at 8:30 am, surf camp was cancelled today due to rough and unsafe surf conditions. I had a suspicion that this would happen with the storms that came through the night before.

We had a cold front move through the area on Tuesday evening with some nasty storms. The winds switched North East and cooled things down by at least 10 degrees. With the change in weather, there was a building North East swell with a stiff current.

Zander was a little disappointed, but thankfully Nana had the day off and was able to spend some time with him. I had a bunch of meetings/conference calls today and Nana was a huge help. I wrapped up my morning calls just after noon, when Nana and Zander got back from some shopping. Zander scored a new skimboard…and we’ll get to that part soon.

After lunch, I finished up my work and a few more calls, then Zander and I headed to the beach. It was chilly on the beach with a stiff North East breeze. Zander braved it for a while with the skimboard, thankfully the water was warm. While watching Zander skimboard, I enjoyed some of the kite boarders that were navigating the wind and the waves.

After dinner, Zander and I ventured out for a short bike ride. I didn’t think there would be much of a sunset because it was overcast, but I was mistaken. The sky was on fire. We caught the last bit of the sunset along Bay Drive and enjoyed the majestic colors as the day came to an end. 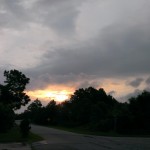 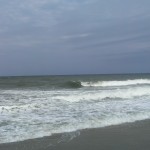 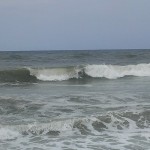 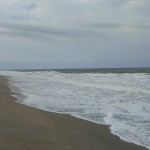 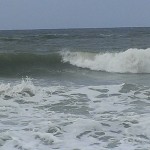 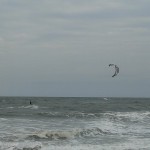 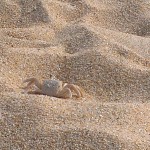 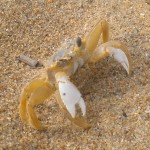 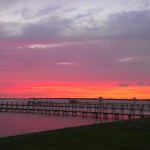 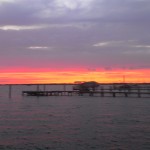 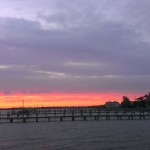 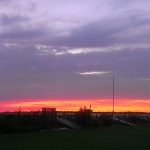 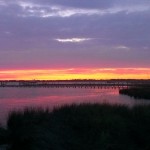 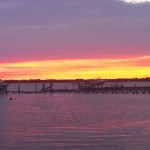