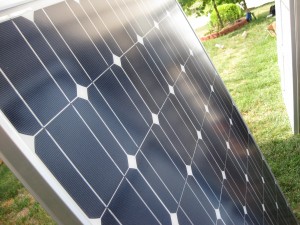 On July 2, 2010, the photo voltaic system installed on our roof by Southern Energy Management that included 18 solar panels was turned on. We finally started generating renewable energy. I looked at the project as a long-term investment, not a quick way to make money. But overall, the right thing to do for the environment.

I was inspired by Thomas S. Friedman’s Hot Flat and Crowded. In the book, he says that there should be solar panels on every rooftop in America. So we found a great company to partner with and we did our part. Not quite an early adopter, but jumping on the  bandwagon.

I get a lot of questions about how much the system costs and how it works. It seems like a good time to share this information (as I’ve been meaning to for a long time). Plus, I saw a post that June was solar energy month in NC and decided to share our story.

If you ever look at getting solar panels installed, you’ll want to pay attention to your ROI or your Return on Investment. Our estimate, including tax incentives and power generation, was 8.5 years. We are on that track right now. To date, we’ve generated almost $4,000.00 in power.

Earlier this year, we had an e-gauge installed to monitor our power usage (see below). That was about $750.00. And it’s real time. It shows both our power generation and power consumption. What a great learning tool to show us how much major appliances like the HVAC, dryer, and stove, are such power hogs. But we also see how much we generate, which is cool too. Did I mention how much power the dryer uses?

From an ROI perspective, we still need to pay off $5,800 dollar on the initial investment. We are currently generating about $1,400 in power a year. We are on target to pay off the system in four years and the system has a 25-year life span. Hopefully, in 2017, we’ll be making money on our investment moving forward. (As long as the sun keeps shining!)

One of the ways that we make money through power generation is through Solar Renewable Energy Credits or SRECs. We get quarterly checks for every 1 MegaWatt hour of power produced. We get paid $200 for every each SREC. Sometimes we’ll get a check for $200, other times $400. It really depends on how much the sun is shining and the temperature.

We get our SRECs from a company out of Maryland who “buys” power from power generating facilities like ours, and resells it to power companies who need renewable energy credits—meaning that power company isn’t generating enough of their own renewable energy. So far, we’re making a minimum of $1,000 a year in SRECs. We also get an annual check from the power company that been around $300. 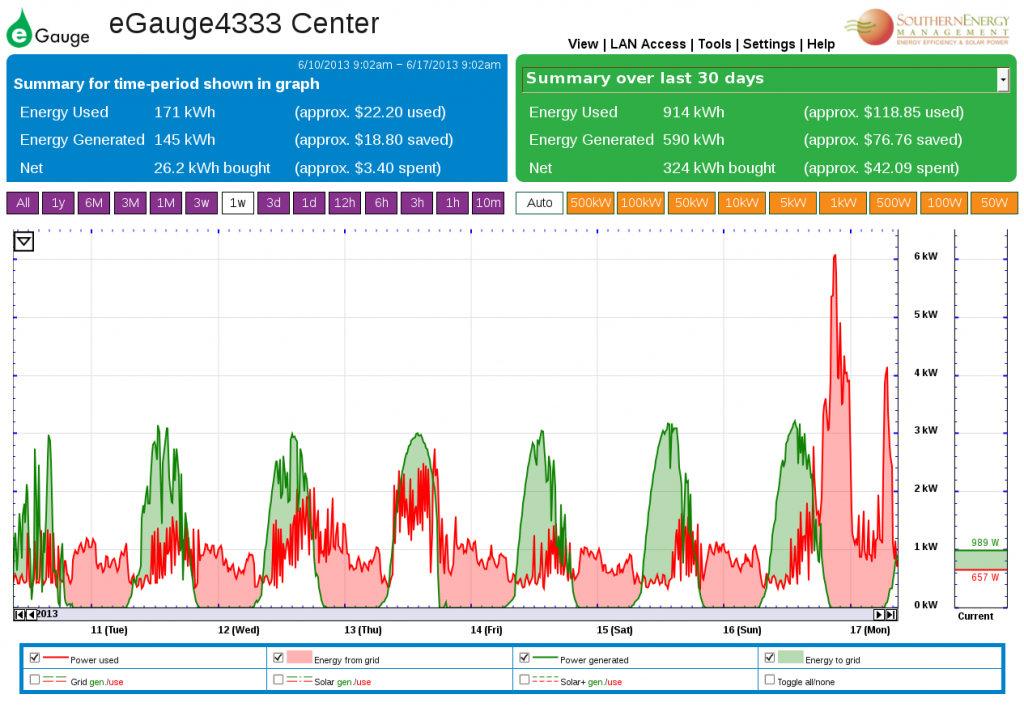 That’s pretty much where we are at with our solar power system. The back of our roof is for water collection and we have a 750 gallon cistern system collecting rain water. Sun in the front, water in the back.

In the fall of 2011, we installed St Augustine grass—a summer turf— in our yard. We rarely water our yard and we love it. Slowly but surely, we’re working to make our small portion of the world more sustainable, renewable, and environmentally friendly. Let me know if you have any questions. I really enjoy talking about our solar power system, cistern system, and you know we have chickens now. Yeah, ask about our urban chicken farm.