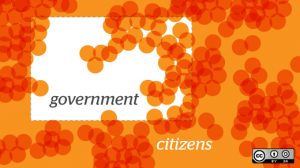 I gave the latest iteration of my “Open source all the cities talk” (slides) at BarCampRDU on Saturday May 18, 2013. When I got to my slide on how to get involved, someone in the room asked me if this was posted on the web. And I was like….no, but that’s a great idea.

There are a number of events or ways you can make our local government in the Triangle region more transparent, enhance citizen participation, or improve collaboration between citizens and government or regionally between municipalities. Here are a few events coming up and some other ways to get started.

While at BarCampRDU, there are a number of ideas that come up in various sessions. In one of the first sessions I was in about “Organizing tech conferences” an idea came up to start sharing information about events locations and other need-to-know tid-bits of organizing.

I shared with the group that I wrote about this in my book. A section called “A playbook for user groups.” I think I need to start a Triangle Wiki page with meet-up resources. But I’ll need your help to make it awesome. Be on the look-out for that. Actually, if you’re eager. Just start the page yourself and invite your friends to contribute.

Jason Hibbets is a senior community architect at Red Hat which means he is a mash-up of a community manager and project manager for Opensource.com--a publication and story-telling platform for open source communities. At night, he wears a cape, and is a captain for the Open Raleigh brigade, as well as a co-chair for NC Open Pass. Jason is the author of a book called The foundation for an open source city--a resource for cities and citizens interested in improving their government through civic hacking. While writing the book, he discovered his unknown super power of building communities of passionate people. Jason graduated from North Carolina State University and resides in Raleigh, NC with his wife, two kids, two border collies, chickens, lots of tomato plants, and a lazy raccoon somewhere in an oak tree. In his copious spare time, he enjoys surfing, running, gardening, traveling, watching football, sampling craft beer, and participating in local government--not necessarily in that order, but close to it. You can follow him on Twitter: @jhibbets
View all posts by Shibby →
This entry was posted in Open source, Technology and tagged Barcamp, cary, civic hacking, collaboration, durham, open source, opengov, participation, Raleigh, transparency, Triangle Wiki, unconference. Bookmark the permalink.