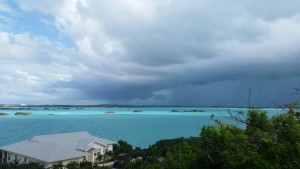 Today was a great day on Turks and Caicos. Mostly because it was Merri Beth’s birthday! Hooray!! We were excited to celebrate her birthday in Providenciales with some island vibes. The rain that arrived in the afternoon didn’t dampen our spirits. Exploring more of the island, some take-out for dinner, and family fun prevailed.

The family was ready for more snorkeling today. And our research was telling us that we needed to check out Smith’s Reef near Turtle Cove. But first things first. We woke up this morning and our villa had no running water. We contacting the local caretaker who told us the maintenance person would be out within the hour. Shortly after breakfast, we had running water again in the villa.

Our plan was to head to the central access of Smith’s Reef, but once we arrived, the tradewinds were howling out of the east. I didn’t see anyone snorkeling and didn’t feel like we should get into the water at this location. The water was choppy and there was a stiff current. Time for plan B. 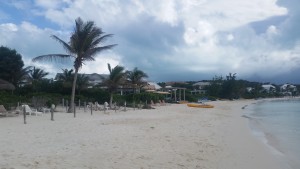 We headed south towards the Five Cays section of the island. Our thinking was that the winds wouldn’t be that harsh on those beaches. We were right. We discovered Sapodilla Bay and were amazed!

The water was calm, the bay was shallow, and our day just got a little better. Zander and I grabbed our snorkel gear and headed out. We randomly came across a sunken boat on the outskirts of the bay. We were way out there. I was heading towards a dive buoy and we totally scored.

I was sort of surprised when the underwater ship appeared because I didn’t expect it. I was thinking we would snorkel over a reef. Instead, Zander and I were pleasantly surprised with the murky portions of the ship coming to life in front of us.

We got back to shore where MB and Coco were enjoying the beach. We ate some lunch and noticed some dark skies approaching. We soaked up as much sun as we could and prepared to exit the beach quickly in case it started raining. (We don’t want to be the “those tourists.”)

Well, the storm was inevitable. We packed up our beach gear back in the car and started to explore the area around Chalk Sound. Even though there were storms approaching, the colors of the sound were magnificent. Bright blues and contrasting clouds made for some really amazing views. (See the lead image.) 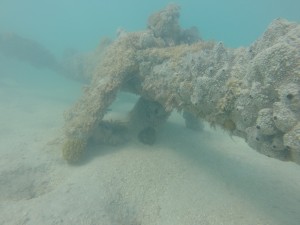 With on and off rain for a while, we drove around Chalk Sound, literally going down every road and exploring every corner. There wasn’t much else we could do on this lazy Sunday afternoon. When we ran out of roads to check out and headed back to our villa.

Fantasy football junkies instantly loaded their games when we arrived back at our villa. It’s fun because MB and I are playing each other in the league championship bracket this weekend to get to the final game. The family watched the fourth quarter of the Carolina Panthers at the New York Giants game. Wow, what a game. I thought the Giants were going to ruin the undefeated season for the Panthers. But that field goal on the final drive let the Panthers go 14-0.

The weather was still crazy. Rain and wind continued to pelt the island. We decided to do some take-out for dinner and wanted some noodles from the Thai Orchid. The rain was still coming down as we drove to get our food. We got back to our villa and watched Home Alone 2 while we enjoyed an amazing dinner for Merri Beth’s birthday. Cheers with a few glasses of wine!

The rest of the night was pretty chill. We watched Christmas movies on TV and didn’t want anything to do with the nasty weather outside. We hunkered down to brace the storm and would live to see another day.

Exploring the shipwreck at Sapodilla 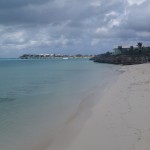 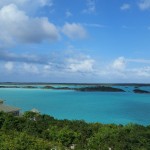 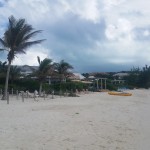 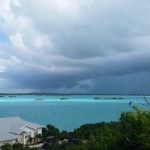 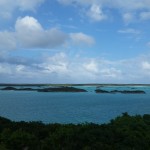 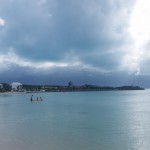 A few pictures from Sapodilla Bay with the GoPro 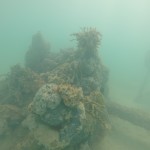 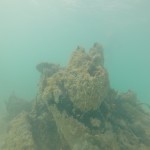 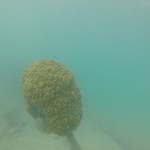 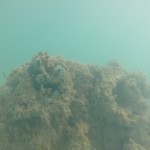 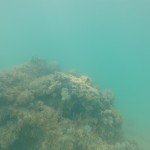 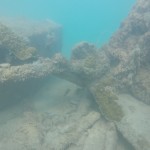 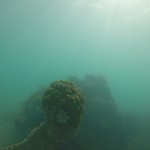 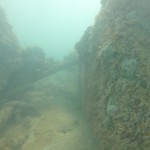 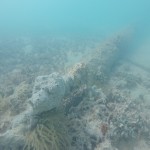 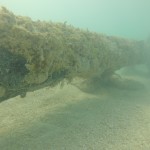 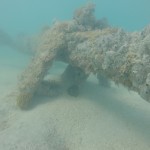 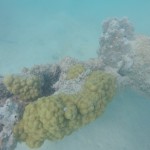 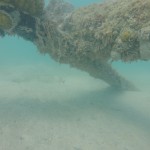 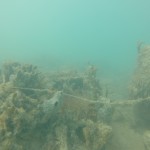 1 thought on “Turks and Caicos: Sapodilla and Storms”