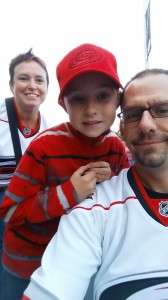 It was going to be a big sports weekend in Raleigh. No Major League Baseball playoffs, but opening night for the Carolina Hurricanes and college football with NC State were on tap for us. My mom drove in from the Outer Banks on Friday, October 10. I left the office early, but was working from home on the upper deck to finish out the work week.

Merri Beth arrived with the kids and then the babysitter showed up about quarter to 6:00 pm to watch Coco for the evening. Mom, Zander, MB, and I were ready to head to the PNC Arena for the opening night for the Canes against the New York Islanders. We arrived and checked out the fan zone, then headed into the arena. We settled into our seats and enjoyed a long intro of the coaches and players before the game started. (See the video below.) The Islanders scored first and things were looking dismal. But then the Canes started to come back and scored a few goals to make is close, but then the Islanders pulled away and won 5-3. 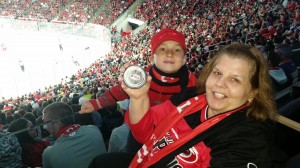 Best part of the night? I scored an official game hockey puck. For whatever reason, a puck flew in our direction. It landed in suite 129 B, so I hopped over to the empty suite from the Red Hat box and grabbed it. Officials came over to make sure I was OK, which I was, but it was funny how multiple people came over to check things out.

When we left the arena, it was pouring down rain. Storms were rolling through (how appropriate for the Canes), and we had to sprint to the Jeep. Traffic wasn’t too bad and we were home around 10:30pm. Merri Beth drove the baby sitter home and we hung out for a bit before heading to bed.

The Wolfpack were kicking off at 3:30pm, but we had a few things to take care of before heading out to the stadium. Mom hung out with Zander and Coco in the morning. I went out for a 5.5 mile run while Merri Beth whipped up some breakfast. After I got back, MB and Coco were heading to the YMCA for Coco’s first swim lessons. 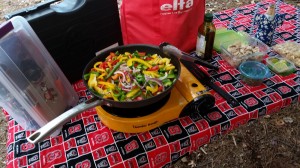 I grabbed some breakfast then headed to the supermarket to get some final supplies for our tailgate session. When I got back, I started prepping for fajita day. I was cutting peppers and onions and packing the Jeep so that we could head out between 12:30-1:00pm.

Jim arrived and wanted to head over to the Bass Pro shop with Zander. While they were out, I finished prepping and MB and Coco arrived home. Once everyone was back at the house and ready, we headed out to a beautiful day at Carter-Finley. At least at first.

I cooked up some wonderful fajitas and after everyone enjoyed lunch,. We headed into the stadium around 3:00pm and absorbed the pre-game highlights. The first half was great entertainment, good weather, but the Wolfpack looked lackluster and Boston College was dominating the game. They were up 21-14 at the half.

As announced in the stadium, severe weather—which included lightning—was heading towards the area. We stayed to watch some of the halftime show that had some of the Athens Driver High School band join the Power Sound of the South, but then rain started to fall. After a few lightning strikes, the game was delayed by 30 minutes. We tucked our tails in and left. 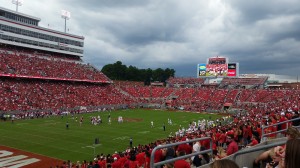 It’s one of the only games we’ve left early for. The only other one in memory was South Florida in 2008 when they handed it to us 41-10 in the pouring rain. This game was somewhat reminiscent, but we had the kids in tow and we weren’t prepared with rain gear for everyone. And we were definitely not prepared for the severe weather.

We got home, unpacked the Jeep as the storm passed and watched the game on TV after it started back from the severe weather delay. The extra rest didn’t seem to impact the Wolfpack in a positive way. Boston College continued to dominate and finally won, 30-14.

We were bummed to miss the second half, especially since mom was in town for the game. Jim left to go back to the farm. We ordered some pizza for dinner and settled down for the night. I did find it a bit odd to watch the Wolfpack home game on TV while we were in Raleigh, but the strange weather today made it surreal anyway.

We slept in as best we could. It was an overcast and drizzly Sunday. I got in a 13.1 mile training run in an hour and 46 minutes, which I was happy with. Mom headed back to the beach, while MB and the kids were hanging at the house. Zander joined me for the last mile of my run, which was nice because of the distance.

The family spent most of the day cleaning the house and prepping for the week ahead. Football was on TV and we watched most of the Caroline Panthers game against Cincinnati. But the game we were really looking forward to was the Giants and the Eagles on Sunday night. It ending up disappointing us as the Giants were shutout and didn’t even show up.

That was it for the day. What a weekend! 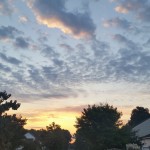 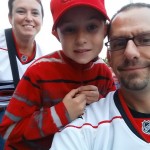 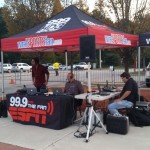 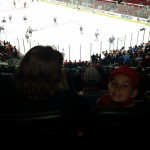 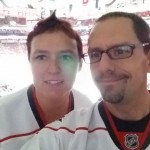 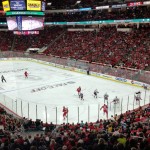 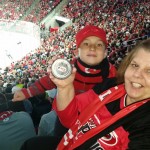 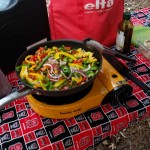 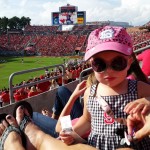 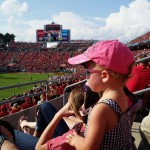 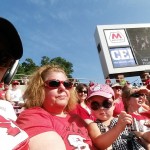 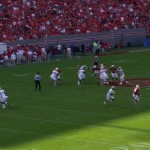 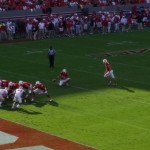 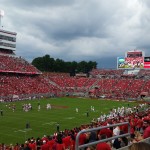