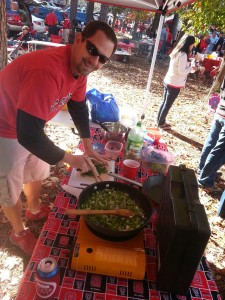 It was a beautiful fall Saturday with a chilly morning and a 12:30 kickoff time. Michaela and David Huff joined us for the game. Jim also joined the family. The tailgate scene was off the chains with Carolina in town. There’s something about the tailgate that draws you in. The sights, the smells, the anticipation. Whatever that is, it was in the air at Carter Finley stadium this past weekend.We decided to go with brunch for the tailgate main course. The menu item of choice? Breakfast wraps. I sautéed some onions and peppers, then added in some turkey sausage. Scrambled eggs and cheese were the final touch to this tailgate masterpiece. And we had plenty of topping: salsa, sour cream, avocado, fresh cilantro, and hot sauce. Wrap all that up for a delicious brunch. 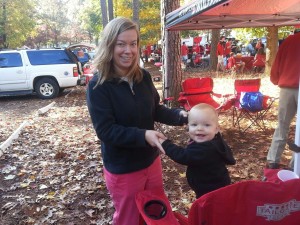 Tailgating goes by quick too. Before we knew it, it was time to head into the stadium. I had low expectations today. But did get a little excited when the Wolfpack went up 10-0 to start the game. The Tarheels fought back and scored 14 unanswered points. The Pack rushed the ball decently, but the passing game was lackluster. UNC was the better team today. They beat the NC State Wolfpack 27-19.

As a rivalry will go, pre and post game antics fuel the fire. After the game, some UNC players stomped on the new midfield logo. Reminds of the Terrell Owens and Dallas Cowboys “star” incident a few years ago—except that was during the game. While I think the stomping is in the realm of unsportsmanlike conduct, the only way the Wolfpack could have prevented that from happening is to have won the game. I guess beating a team and stomping on their logo is just the Tar Heel Way.

To the basketball court

As we always say when football season isn’t looking to good…at least basketball season is coming up. After the football game, the family headed back to the tailgate spot to enjoy the rest of the afternoon. We waited for traffic to die down a bit, then headed over to the PNC Arena to watch the Wolfpack men’s basketball team play their final exhibition game against Morehouse.

Admission was free and we could sit pretty much anywhere on the lower level. Merri Beth’s brother, Jamie, and his family were at the game. We watched the Wolfpack for a while and left around the 7 minute mark. NC State beat Morehouse 87-62 and open the season on November 8 against App State.

To the baseball diamond

On Sunday, November 3, we took the family out to Doak field after I ran the City of Oaks half marathon. It was the Red vs White scrimmage. Another gorgeous day in Raleigh and a wonderful day at the ballpark.

After the game, fans were able to meet the players in the dugout. Zander was excited and got a baseball signed by the entire team. Highlights included getting to meet pitcher Carlos Rodon and catcher Brett Austin.

The weekend in pictures

We spent an awesome weekend with our Wolfpack family. Enjoy some of the pictures from our photo album. 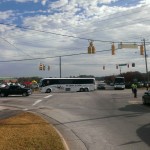 The team is on the way to Carter Finley. 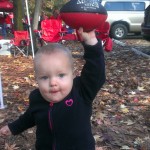 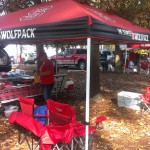 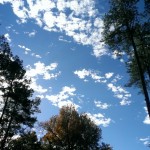 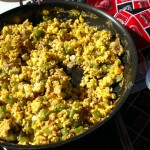 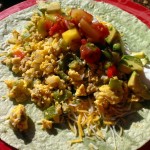 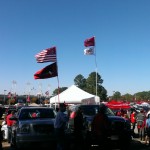 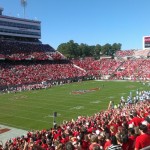 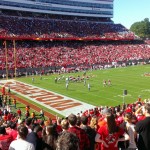 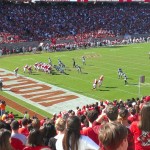 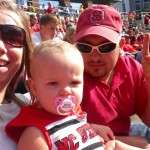 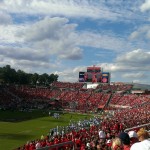 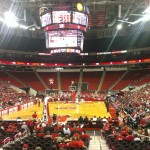 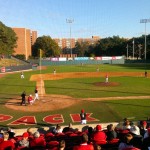 Carlos Rodon is up next 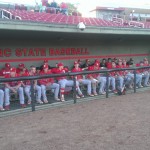 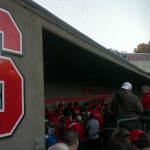 Zander gets a baseball signed by Rodon and the team 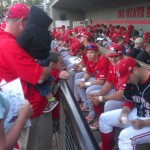 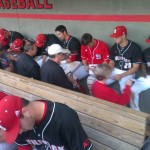 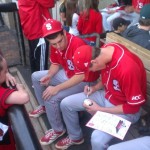