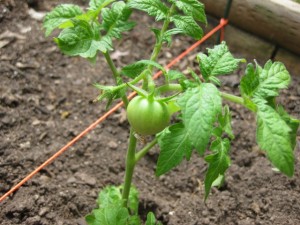 I finally got the vegetable garden going. With the wacky weather we’ve been having, I decided to wait until after April 15th to get this years garden in the ground. I took Friday off of work and got the green thumb going.

After a few errands, I made my way to Logan’s Trading Company. My default location for the vegetable garden. They sell a flat of vegetables for $18. I inspected the large selection of peppers and tomatoes. I ended up getting two flats. More plants than I’ve ever gotten for a season.

The garden soil was ready to go. I’d been preparing it over the last few weekends. I added in some compost and nutrients, then tilled it several times to mix everything up and soften the soil. This is the first year I’m using Preen. It’s a weed prevention pre-emergent. Let’s see how it works, because I hate pulling weeds.

While at Logan’s, I selected a variety of good old favorites and then found a few new things to try. I love having a bunch of different vegetables, so this year should be exciting.

I tried to spread things out in my garden this year. I have a small 16’x12′ space. I expand it by having a patio (pot) garden as well. I also planted some peppers and tomatoes outside of the garden space. Like I said, I got two flats, so I needed to find a place for all the plants.

I also got some squash and zucchini plants, but didn’t put them in the ground. My plan is to make some plant boxes. Merri Beth suggested adding wheels, so that we could easily move them out of the extreme heat if we needed to. We’ll see how that works out. 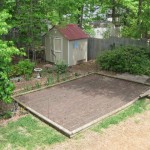 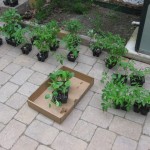 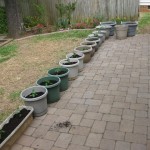 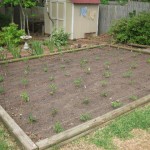 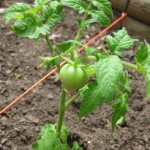 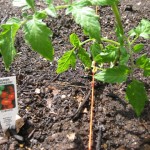 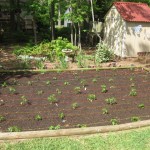 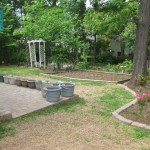