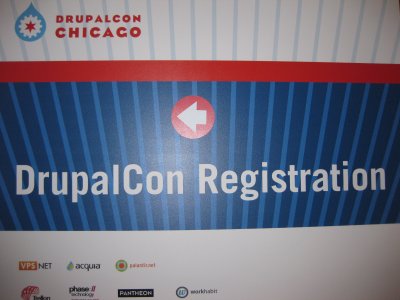 I presented today at 11am (Central time). My talk highlighted the impact of open source principles like sharing, collaboration, transparency, meritocracy, rapid prototyping, and many others on community building. My session used opensource.com as a case study to explore the ways the website went from an idea, to a growing community.

There were great questions from the audience, which I really enjoyed. The Q&A was interactive and we covered a lot of ground to make the session useful for everyone.

I’d like to thank all of the folks who attended my session and particularly to the woman who came up afterwards and mentioned this was her favorite session so far.

For those that wanted the slides, here you go. [PDF]

Jason Hibbets is a senior community architect at Red Hat which means he is a mash-up of a community manager and project manager for Opensource.com--a publication and story-telling platform for open source communities. At night, he wears a cape, and is a captain for the Open Raleigh brigade, as well as a co-chair for NC Open Pass. Jason is the author of a book called The foundation for an open source city--a resource for cities and citizens interested in improving their government through civic hacking. While writing the book, he discovered his unknown super power of building communities of passionate people. Jason graduated from North Carolina State University and resides in Raleigh, NC with his wife, two kids, two border collies, chickens, lots of tomato plants, and a lazy raccoon somewhere in an oak tree. In his copious spare time, he enjoys surfing, running, gardening, traveling, watching football, sampling craft beer, and participating in local government--not necessarily in that order, but close to it. You can follow him on Twitter: @jhibbets
View all posts by Shibby →
This entry was posted in Drupal, Open source and tagged Chicago, community, content management, DrupalChi, DrupalCon, opensource.com, rapid prototyping, sharing, transparency. Bookmark the permalink.

One Response to DrupalCon Chicago: Creating an Online Community the Open Source Way