What Every NC State Fan Needs for Christmas

If you’re shopping for an NC State fan for Christmas, you’ve got numerous options from gameday appareal, jerseys, and all sorts of gadgets. But this… this is what every State fan needs: 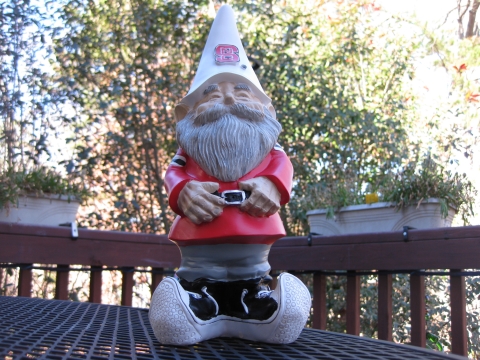 This little guy is awesome. He gradudated from NC State in 1951 with a degree in Agriculture. His focus was in forestry and botany. He’s been traveling the world, guest lecturing at universities, and has made hidden appearances on UNC-TV’s In the Garden’s, with Bryce Lane. 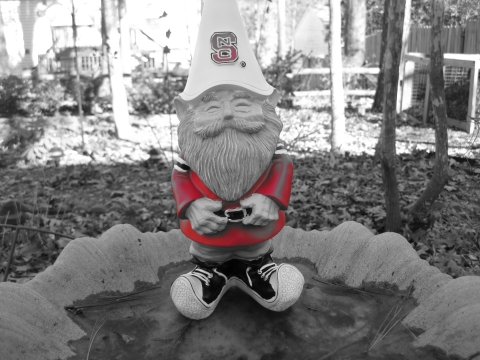 Every State fan should have one of these in their home or yard. If I get one for Christmas, I think I’ll take him bowling at the Champs Sports Bowl. 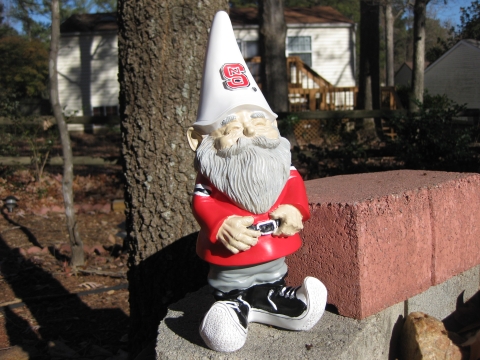 Jason Hibbets is a senior community architect at Red Hat which means he is a mash-up of a community manager and project manager. At night, he wears his cape and is a captain for the Open Raleigh brigade, as well as a co-chair for NC Open Pass. Jason is the author of a book titled The foundation for an open source city--a resource for cities and citizens interested in improving their government through civic hacking. While writing the book, he discovered his unknown superpower of building communities of passionate people. Jason graduated from North Carolina State University and resides in Raleigh, NC with his wife, two kids, two border collies, chickens, lots of tomato plants, and a lazy raccoon somewhere in an oak tree. In his copious spare time, he enjoys surfing, running, gardening, traveling, watching football, sampling craft beer, and participating in local government--not necessarily in that order, but close to it. You can follow him on Twitter: @jhibbets
View all posts by Shibby →
This entry was posted in Holidays and tagged bowl game, Champs, christmas, gift idea, gnome, NC State, traveling, Wolfpack, yard. Bookmark the permalink.