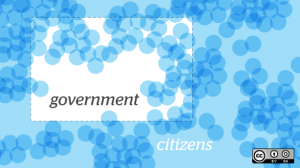 How do you get techies, govies, and citizens to identify, collaborate, and start creating solutions for your local government? Host a CityCamp.

It’s easier than you think. The first CityCamp Raleigh started as a conversation about citizen engagement, but we realized that we could do more than just talk about it. A dozen people came together over 12 weeks to make CityCamp Raleigh a reality. Over 225 people attended three days of collaboration, sharing, and encouraging openness–focusing on improving access to data and solutions for local government.

Three themes emerged over the weekend, all twists on open government:

The following conversation took place on the first day of CityCamp Raleigh (over Twitter), and it resonated with me because events like CityCamp can influence citizen participation in government. The comments were both critical and encouraging:

@RogerTheGeek (Roger Austin) – Why I am not enthusiastic about #ccral as a geek citizen? The political landscape changes every election. All past work is flushed. Bummer

@adrielhampton (Adriel Hampton) – @RogerTheGeek You have to create a powerful movement that is community owned. That’s how you beat political cycles. #ccRal

Adriel is spot on. He also highlights one of the reasons why CityCamp Raleigh was successful—it was citizen-led. Passionate citizens came together to plan and execute this event. Now that it’s over, it’s transitioning into a movement. And it’s still citizen-led.

We were fortunate to have City Councilor Bonner Gaylord co-chair the planning committee and Jonathan Minter, City of Raleigh IT director, on the planning committee. But we also had citizens with passion about making CityCamp more than a conversation. If this was run by a city department, I don’t think we would have pulled the three-day event off with less than 12 weeks of planning. The red tape would have been impossible to cut through.

Creating a citizen movement doesn’t happen overnight. The potential CityCamp Raleigh has to provide leadership and advocacy in the open source, open data, and technology space is immeasurable. The future opportunities of this citizen-led movement will make a big impact on the direction the city takes with open data and could redefine citizen participation.

Kevin Curry posted an observation that highlights my next theme, how to get feedback on city initiatives. And it involves ditching your inbox to improve transparency.

Interesting: both panels have raised the idea of abandoning email as a mode of interacting with local gov #ccRAL

Government isn’t the only place where email has become a burden. And some people have already considered (or attempted) giving up their email. How are they able to do that? By taking advantage of different social platforms and tools to communicate with the people they need to reach. By choosing the right tool for the right job , and making sure everyone you want to know can still find you, communication is not interrupted–the theory is that it is made more efficient.

A few years ago, I had an opportunity to lead a group of citizens reviewing the draft of Raleigh’s 2030 Comprehensive Plan. (This is a planning document that outlines the growth areas and objectives for the city over the next 20 years.) For this review, the planning department choose to use on online portal called Limehouse to collect comments and feedback.

While it’s not open source, it was better than the alternative—emailing city staff. Email is not transparent. Sure, we can request all the comments collected be posted on a website somewhere, but that’s not direct communication, nor is it timely. Someone has to compile and copy all that data. So we liked the direction taken with the use of the portal.

Limehouse was a central place where you could comment on individual paragraphs of the plan. Not only could you submit your comments, but you could see what others were saying. You could agree or disagree with those comments as well.

Using email to share feedback with local government only goes so far. It’s a great tool for communication, but not so much for collaboration, sharing, and transparency. Avoiding email for feedback might actually help city employees do their jobs. Instead of being stuck at their desk answering emails, they can use their skills more efficiently.

Create opportunities for citizens to collaborate with city staff

Another positive result was the engagement and collaboration between city staff and citizens. The dialog between city employees and citizens was happening before CityCamp, but on a much smaller scale–usually one-on-one and dependent on very specific issues. People usually wait until they have a problem to make contact (examples include technical support or surveys). The collaborative atmosphere at CityCamp Raleigh allowed the dialog to flourish between these stakeholders without the added burden of conflict, and without having to wait for an issue to occur.

In one session, the editor from a local online publication was explaining how they mapped out tornado damage from mid-April using city-provided data. What amazed me was that the Geographic Information Systems (GIS) manager from Raleigh, Colleen Sharpe, was sitting just a few seats down, and was able to provide immediate additional insight.

Colleen told us how the inspectors collected the data and how the GIS department was able to prepare the entire data set so it was usable and open. The GIS department made the disaster data available to the public very, very quickly–less than 48 hours after meeting the 72-hour Federal Emergency Management Agency (FEMA) deadlines for damage assessment. This quick turnaround is now a model for other municipalities who need to collect and publish data in this type of disaster scenario.

The future for CityCamp Raleigh looks bright. The planning committee is already exploring an approach that would lead to an event in 2012. In the meantime, there are a few things that are critical for continued success:

CityCamp Raleigh was a huge success. Not only was it a fulfilling experience for me personally, but a great team of people came together to get work done, and share a positive experience with government planning. We all had something in common—we want our city to be a better place to live. And we want other people to share that passion.

If you want to be a part of a movement that has tangible results over the course of a weekend, host a CityCamp. Your local government leaders will thank you for it—especially if you invite them along for the ride.