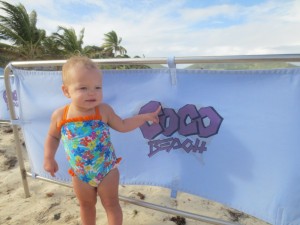 Day what? For those of you paying attention to a calender, you’d know it was Sunday. For those of us on island time, we barely noticed. The weekend on St. Martin is jamming and we are part of the island vibe.

It was another early day, yes, I went barefoot running for about 24 minutes again at 6:00 am Atlantic Time. I’m totally digging the foot freedom on the white sandy beaches of Grand Case. Our preparation last night had us ready for another full day at the beach. After breakfast and making our picnic lunch, we were off to Le Galion beach again.

I was hoping to score some surf today. On the way to Le Galion beach, we stopped at the Quiksilver surf camp to ask if they’d be going out. Too windy, too much current was the response I got. Bummer. I later learned that they did go out, but in fact, it was a little rough. No worries, I spent the day with the family and was the sacrificial surf person for the day.

It was noticeably windier today, but that didn’t keep us from having an awesome beach day. Le Galion beach is somewhat protected from the trade winds that are currently howling across the island. We were some of the first people on the beach today and we expected a lot of locals since it was Sunday. Just like yesterday, we enjoyed the floating platforms and the calm waters of the cove. I was eyeing the surf the entire time and also took another trip out to the point to explore the reed and the water spout that I found yesterday.

After a long day at the beach, watching the locals and tourists, soaking up some sun, and playing in the water, we briefly scoped out the next beach to the north, Orient Bay. Famous for Waikiki Beach, Coco Beach, and a nudist colony, we arrived with nothing to lose. Coco loved the beach named after her. Of course she would! And this is one of those seen to be scene places. It was like a Spring break session with adults and families. All fun and games, but I’m glad we didn’t stay on this part of the island.

We arrive back at our place and decided to be tourist in Grand Case. The family walked along the beach to Calmos Cafe where MB and I enjoyed some adult beverages while watching the sunset. I took the kids back to our apartment, let Zander do a night swim in the Caribbean, and started getting dinner ready. MB went shopping!

We had pasta with zucchini and squash for dinner. It was totally delicious and we are intentionally carbing up for tomorrow’s catamaran trip around the island. For dessert, we enjoyed a Christmas parade through Grand Case. They shut down the road and a bunch of floats and entertainment filled the streets to celebrate the holidays. What an awesome way to experience St. Martin this time of year. 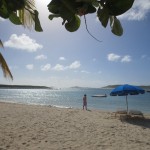 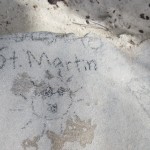 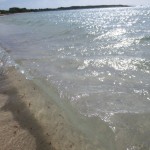 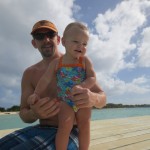 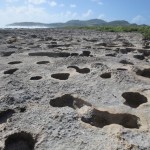 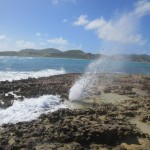 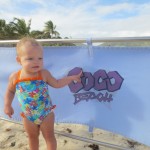 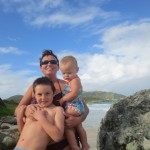 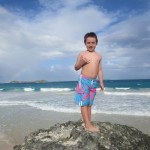 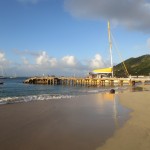 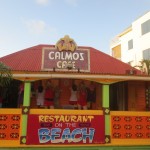 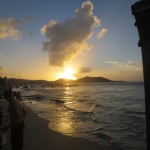 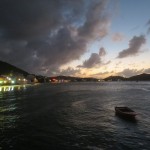 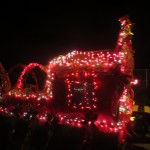 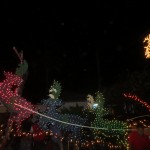 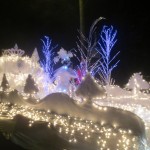 Jason Hibbets is a senior community architect at Red Hat which means he is a mash-up of a community manager and project manager for Opensource.com--a publication and story-telling platform for open source communities. At night, he wears a cape, and is a captain for the Open Raleigh brigade, as well as a co-chair for NC Open Pass. Jason is the author of a book called The foundation for an open source city--a resource for cities and citizens interested in improving their government through civic hacking. While writing the book, he discovered his unknown super power of building communities of passionate people. Jason graduated from North Carolina State University and resides in Raleigh, NC with his wife, two kids, two border collies, chickens, lots of tomato plants, and a lazy raccoon somewhere in an oak tree. In his copious spare time, he enjoys surfing, running, gardening, traveling, watching football, sampling craft beer, and participating in local government--not necessarily in that order, but close to it. You can follow him on Twitter: @jhibbets
View all posts by Shibby →
This entry was posted in Travel and tagged beach, grand case, holiday, le galion, sunset, vacation. Bookmark the permalink.